How much does it cost in India, Mumbai for Rhinoplasty surgery?

2. Why there is a huge range in the cost of rhinoplasty surgery in India, Mumbai?

3. What is the difference between functional rhinoplasty?

For normal function of a nose that is breathing, if any obstruction and difficulties are present at nose level than to correct it, it is called as functional rhinoplasty. The deviated nasal septum is a major problem in most of the case.  Two nostrils divided by cartilage called septum. Usually, it is present in the midline of the Nose. Generally, it is very much straight to divide the airway into two equal parts. In some cases, it has deviated which block the airway of one of the nostrils. Such a problem is called as Deviated nasal septum. Correction of such nasal obstructions is called as functional rhinoplasty. Also sometimes there is extra bony spicule or spur is present which causes obstructions in breathing. Removal of such bony spurs also comes under functional rhinoplasty.

4. How much does it cost for functional rhinoplasty in India, Mumbai

6. How much does it cost for Cosmetic rhinoplasty in India and Mumbai?

The cost of Cosmetic rhinoplasty starts from 40,000 INR and goes up to 3,00,000 depending upon the amount of work needed and the number of procedures are needed.

8. What is the common problem in the Indian or Asian population in Nose shape?

Commonly, Indians have the following complaints with their nose shape.

9. What are the common steps in Indian or Asian rhinoplasty?

Following is the most common steps in Indian or Asian rhinoplasty.

Details of the above-mentioned procedure.

a. Tip plasty– Tip plasty is one of the important step in cosmetic rhinoplasty in India. Lower lateral cartilage (LLC) and septum makes the tip of the nose. Ideal broadness of LLC should be 5 mm , while in most of the Indians it is much bigger than 5 mm. So, cephalic trimming of LLC is done.

After cephalic trimming, to enhance the projection of tip , either Nasal septum or Ear cartilage is being used to make nasal sturt. With the help of such sturt tip of nose is made more prominent and projectile. Sturt is attached with septum and sutured well with septum.

After cephalic trimming of LLC and tip sturt both the LLC is sutured well. Such procedure makes nose more projectile and tip prominent. This is called as Tipplasty.

b. Spread graft – To have a strong and prominent nasal bridge, the graft is placed along with nasal septum, which is called as spread graft placement. The benefit of spread graft is a strong nasal bridge and helps to maintain equal air supply on both the nostrils.

c. Nasal bone narrowing – In Indian or Asian wide spreader nasal bone is a common problem, which makes total nasal appearance wide. One need to fracture the nasal bone and need to get them close to each other. Nasal bone fracture can be done externally and even from the nostril. 14 days immobilization done after fracturing of nasal bone with the help of Plaster and nasal packing.

d. Alar base reduction– Trimming of around 4-5 mm is done from the base of alar of nostrils, as the wide alar base is a common problem. After the reduction of alar base, some time columella contraction is done with special cinch sutures.

10. What are evaluation or blood tests, I need to perform before rhinoplasty?

Following is list of tests one need to perform before going for rhinoplasty.

11. How much does it take for Rhinoplasty?

Rhinoplasty is usually done in General Anesthesia.  It takes around 2-4 hours for surgery. Overnight observation is a must.  The dressing is kept for around 2 weeks.

12. What are the aftercare suggestions for rhinoplasty patients?

One needs to keep dressing for 2 weeks after surgery. Swelling is generally there for 4 -8 days after surgery. One night hospitalization is a must. Generally one needs to take Intravascular medicines for a couple of days.  Gym or any vigorous exercise needs to avoid for 4 weeks. Dressing or bandages are completely removed after 2 weeks. Generally, there is a big roller coaster of emotions, as just after surgery due to discomfort and swelling patients always feel, “Why I have undergone Rhinoplasty?” such feelings become normal after 2-3 weeks. After 4 weeks patients is definitely happy and proud of the new shape of the nose.

Hello everyone, I am Shubhagi chauhan from Mumbai. I am just 22 years old and really concern for my own looks and appearance. I have just done my college from Mithibai College from Vile Parle. My Nose is the only ne thing which I always wanted to change. I was having typical bulbous and large nose. I had heard about Dr. Vaibhav Shah from my one of the friend who also did his Rhinoplasty from Dr. Vaibhav Shah. I met Dr. Vaibhav he suggested me, Tipplasty , Nasal base narrowing and alar reduction. For prominent tip he suggested me to take grafts from ear. I was very much convincing with line of treatment. I underwent rhinoplasty with Dr. Vaibhav Shah. He was meticulous for everything. He is simple and down to earth person. After surgery in first 5 days it was not good feeling. As doctor spoke to me about emotional changes after rhinoplasty I was not much worried but was concern for my nose. After 4 weeks I just was not able to believe this my own nose. It was looking so much prominent and beautiful. Thank you Dr. Shah for such confidence. I met many Docotrs before rhinoplasty in Mumbai; I found most of them are very much expensive and commercial. I suggest DR. Vaibhav Shah for Rhinoplasty. Thank you.

Get in Touch Today! 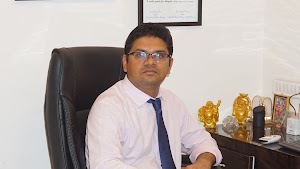 bhargav Patel
04:03 28 May 18
Excellent setup just near by borivali station. Had a good experience, especially with Dr vaibhav shah being very helpful. He is very good and would definitely recommend him for hair transplant or any other cosmetic surgery.

CHETANA SHAH
03:51 28 May 18
My referred patients were very happy and satisfied with doctors work ....They were thankful. He has a good nature and very caring personality.

Ranjeet Salian
06:05 05 May 18
Was actully looking for shaping my jaw line . Have met around 4 surgeons. Have taken treatment for complete treatment for face. Undergone chin implant, buccal fat removal and neck liposuction. Having much more chieseled face now. Dr shah as he has complete in house set up like operation theatre , recovery he do not have to take patients to big hospitals which in return very much benificary economically. Whatever hospital one choose charges actually increses for patient. With my experience i am saying as Dr shah has in house set up his cost is much lesser than other doctor. Dr shah deals on on face. Not in Breast , belly and buttock so undoubetdly he has cutting edge as far as face surgeries are concerned. I hope this review help to people who are looking for face surgery.

Samiir Mehta
09:37 28 May 18
Dr.Vaibhav is very Honest and Transparent in his practice which is rarely seen in Hair Transplant Industry. Before going for Hair Transplant just have a second opinion .

Khushbu Parekh
17:50 11 Mar 18
Doctor is very good in nature with in depth knowledge of the subject. New clinic is well established with all facilities. Always recommend for true advice and suggestion.
Next Reviews